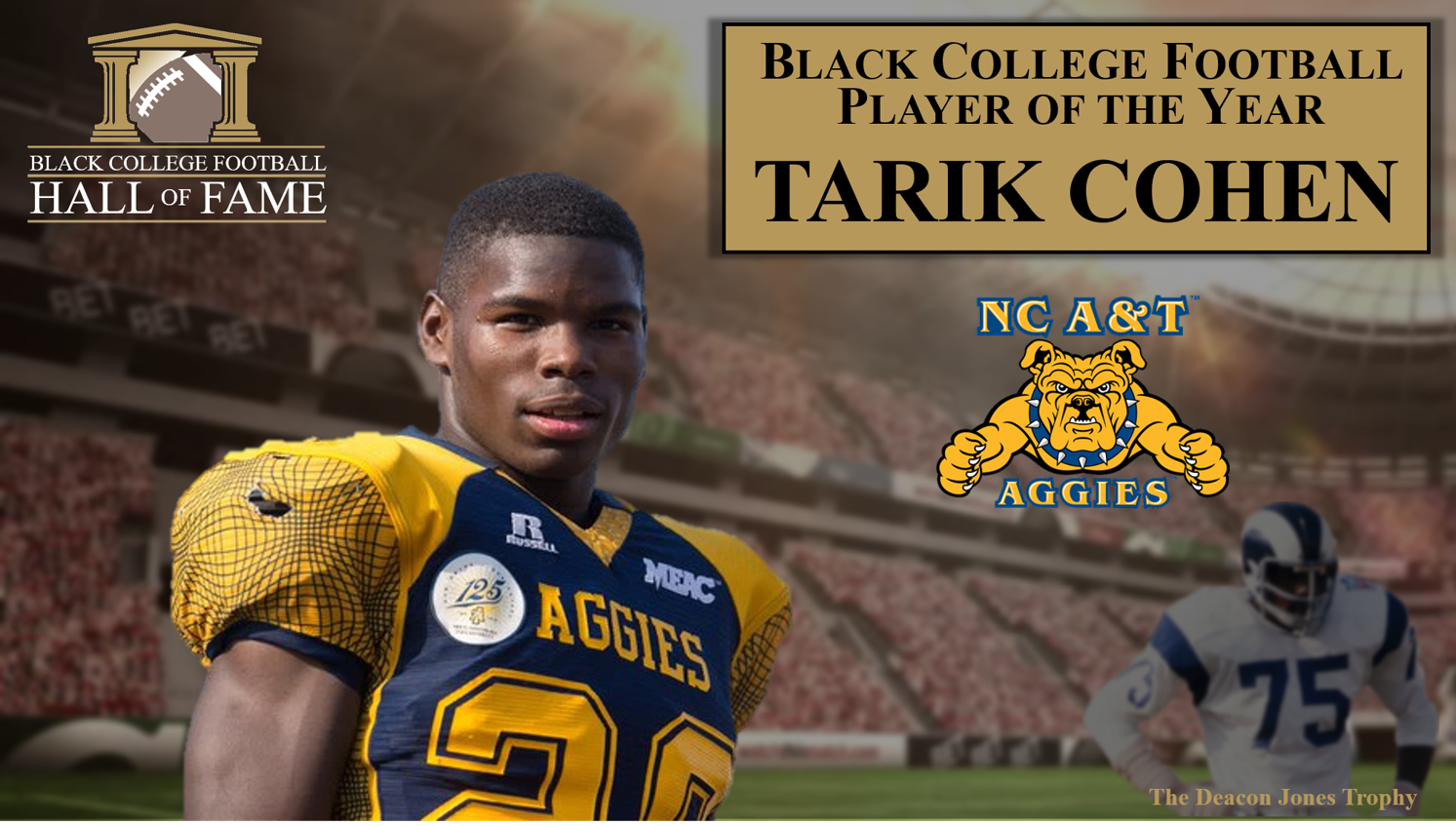 Cohen helped lead the Aggies to a 9-2 regular season record and a berth in the FCS Playoffs. His 2016 campaign was a record-breaking one. He set a school record with 1,588 yards and 19 touchdowns on 212 carries, and earned All-America status. He also rushed for over 200 yards in four different games.

“On behalf of the Black College Football Hall of Fame Board of Directors, we congratulate Tarik on this historic accomplishment,” said Harris. “He truly represents the very best talent and character of HBCU football.”

The Player of the Year was voted on by a five-member Selection Committee, which is composed of Black College Football Hall of Fame Co-Founders James “Shack” Harris and Doug Williams,

“Even with defenses keying on Tarik, he still had one of the most prolific seasons for a running back in HBCU history,” Williams said. "Handing a young man of his caliber the inaugural Deacon Jones Trophy makes us proud."

The Black College Football Hall of Fame was established in October of 2009 by African-American pioneers and quarterbacks, Pro Bowl MVP James “Shack” Harris and Super Bowl MVP Doug Williams to preserve the history and honor the greatest football players, coaches and contributors from Historically Black Colleges and Universities (HBCUs). There have been 64 Inductees since inception, including Mel Blount, James Harris, Willie Lanier, Art Shell and Doug Williams, who serve as Trustees.