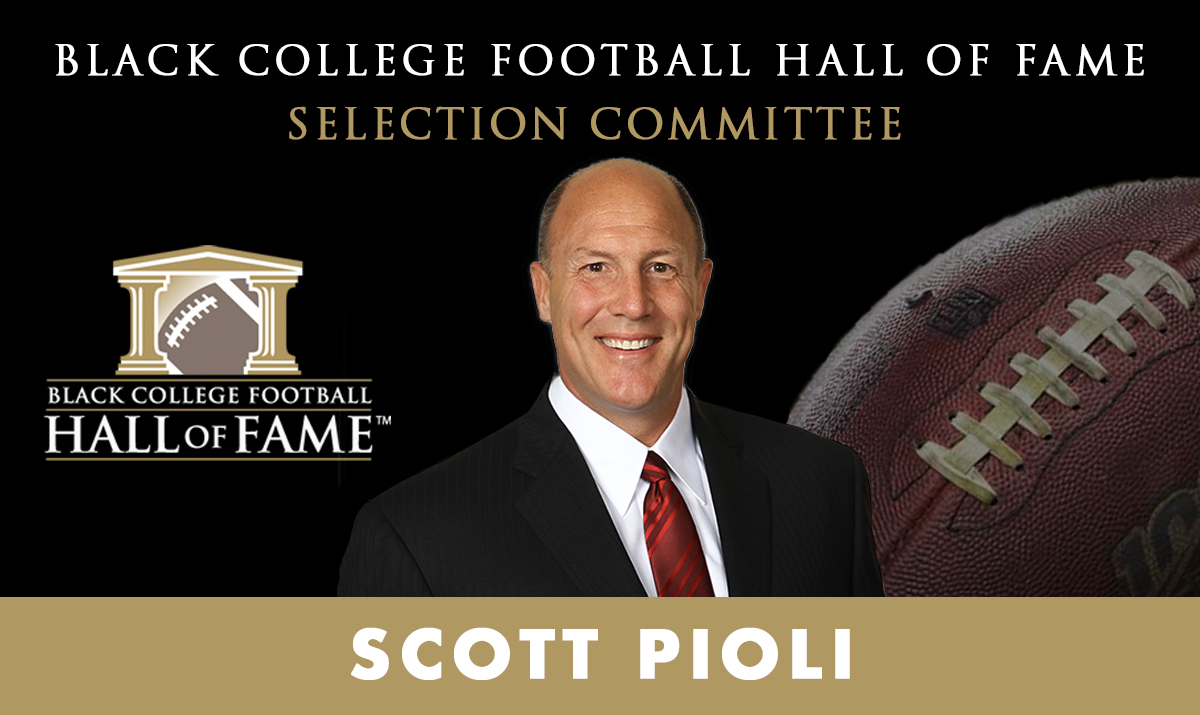 “It is incredibly humbling to be asked to be a part the BCFHOF Selection Committee,” said Scott Pioli. “My love and respect for the history of HBCUs, and my passion to illuminate the truthful legacy of Black College football makes this an honor and a privilege. I will work very hard to serve the Committee well."

The Committee will hold two meetings to review the 200 plus nominees eligible for induction in 2023. The meetings will take place on October 26, 2022 and November 2, 2022.

“It's a pleasure to welcome Scott Pioli to the Black College Hall of Fame Selection Committee,” said Committee Chairman Charlie Neal. “His years in the front office of several NFL teams dealing with player personnel, makes him extremely qualified to be a part of this prestigious committee. I look forward to working with him.”

-       Gil Brandt: Former General Manager of the Dallas Cowboys and contributor for NFL Radio and NFL.com

The Class of 2023 will make their first public appearance at the second annual HBCU Legacy Bowl on February 25, 2023 in New Orleans, Louisiana.

The Black College Football Hall of Fame was established in October of 2009 by African-American pioneers and quarterbacks, Pro Bowl MVP James “Shack” Harris and Super Bowl MVP Doug Williams to preserve the history and honor the greatest football players, coaches and contributors from Historically Black Colleges and Universities (HBCUs). There have been over 100 Inductees since inception, including Mel Blount, James Harris, Willie Lanier, Art Shell and Doug Williams, who serve as Trustees. Follow the Black College Football Hall of Fame on social media via @BCFHOF or visit www.BlackCollegeFootballHOF.org for more information.