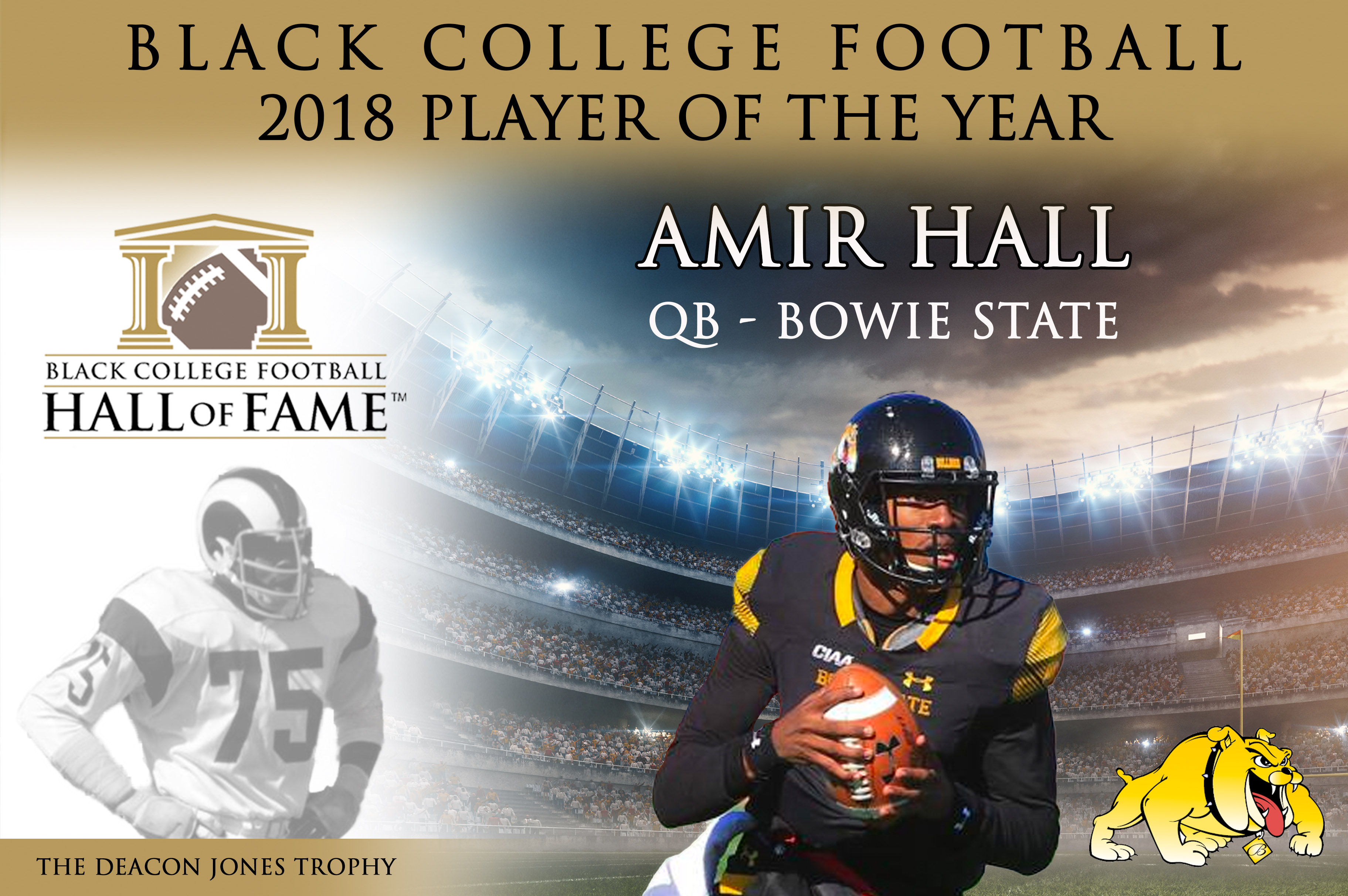 Hall led the Bulldogs to a second consecutive berth in the NCAA Division II playoffs and a first round win, in what was the most successful season Bulldogs Football history. He threw for 4,152 yards and 38 total touchdowns, and set the CIAA all-time leading passing record in yards and touchdowns along the way. Hall was named the CIAA Offensive Player of the Year and was invited to play in the NFLPA Collegiate Bowl.

After three years as the Bulldogs starting quarterback, Hall owns nearly every school passing record, including passing yards, touchdowns and passing efficiency. Additionally, he is a two-time winner of the SBN Doug Williams Offensive Player of the Year Award.

“The four finalists this year had outstanding seasons,” said Harris. “Amir had one of the most prolific seasons for a quarterback in Black College Football history, and we congratulate him on winning this prestigious award for the second time.”

Hall was also the recipient of the Deacon Jones Trophy for the 2017 season. The inaugural winner in 2016 was Tarik Cohen of North Carolina A&T State University, who is now a star on the Chicago Bears. Tarik was named First Team All-Pro and selected to the NFL Pro Bowl after this past season.

The Black College Football Hall of Fame was established in October of 2009 by African-American pioneers and quarterbacks, Pro Bowl MVP James "Shack" Harris and Super Bowl MVP Doug Williams, to preserve the history and honor the greatest football players, coaches and contributors from Historically Black Colleges and Universities (HBCUs). There have been 77 Inductees since inception, including Mel Blount, James Harris, Willie Lanier, Art Shell and Doug Williams, who serve as Trustees.