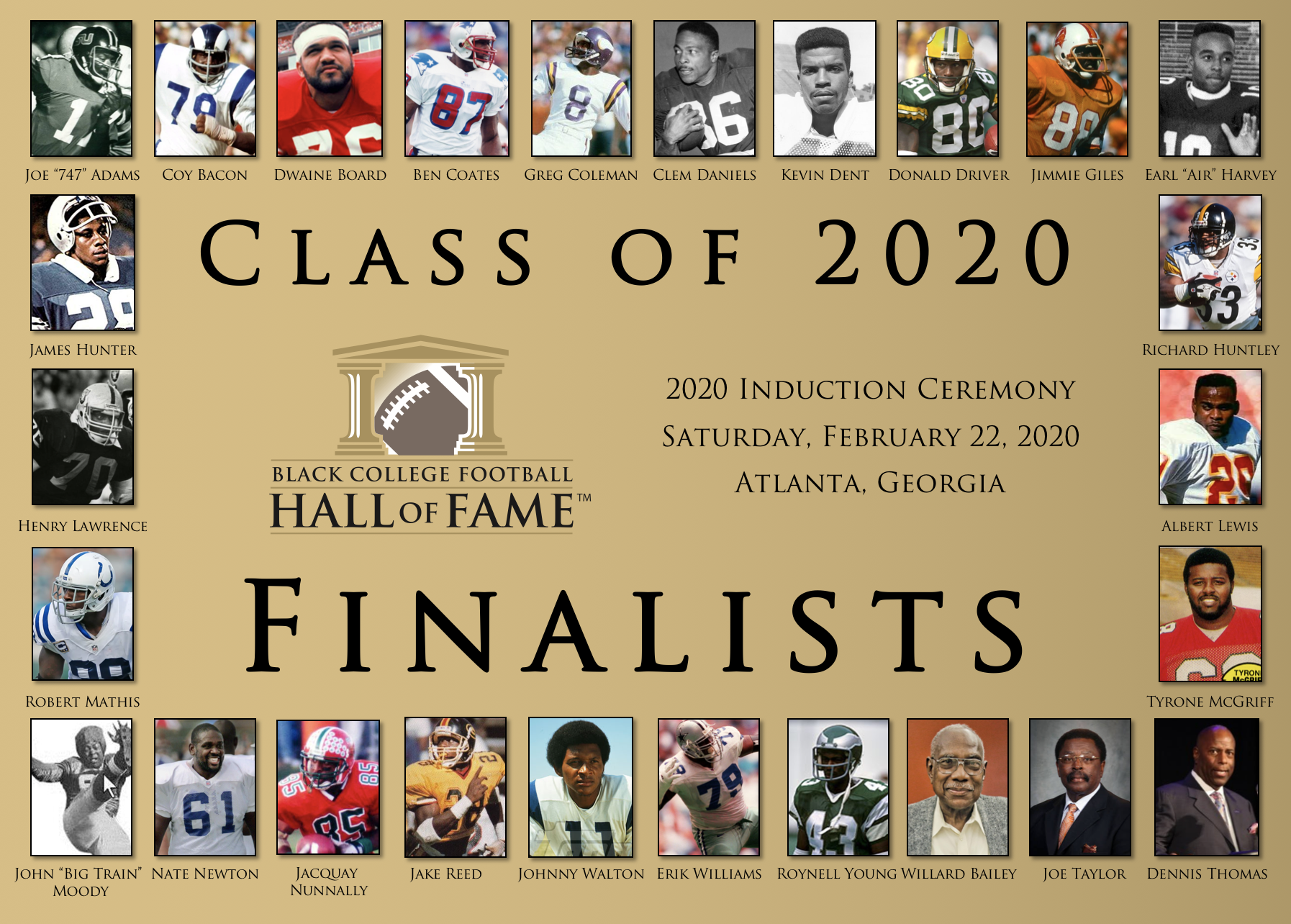 The Finalists were selected from a field of over 150 nominees by a 12-member Selection Committee composed of prominent journalists, commentators, historians, former NFL General Managers and football executives.

"The 2020 finalists are a microcosm of the talent that HBCUs have produced over the years and continue to produce. They represent the best of the best, and each year it becomes increasingly more difficult to narrow the field because there are so many worthy candidates.,” said Committee Chairman Roscoe Nance.

This year’s inductees will be announced on November 14, 2019. They will be honored during the Black College Football Hall of Fame Induction Ceremony, on February 22, 2020 in Atlanta, Georgia. For more information, please visit www.BlackCollegeFootballHOF.org.

The Black College Football Hall of Fame was founded in 2009 by African-American pioneers, quarterbacks James Harris and Doug Williams to preserve the history and honor the greatest football players, coaches and contributors from Historically Black Colleges and Universities (HBCUs). There have been 84 Inductees since inception, including Mel Blount, James Harris, Willie Lanier, Art Shell and Doug Williams, who serve as Trustees.