The Finalists were selected from a field of over 175 nominees by a Selection Committee composed of prominent journalists, commentators, historians, former NFL General Managers and football executives.

"Players from Historically Black Colleges and Universities have an indelible mark on football at all levels,” said Selection Committee Chairman Roscoe Nance. “There has been more talent to come from HBCUs than most people know; this Hall of Fame is about shedding light on that talent.” 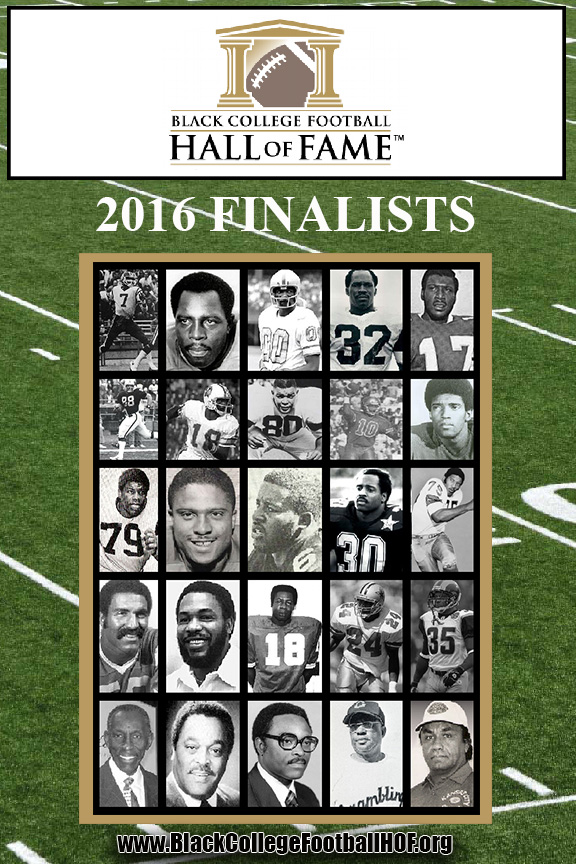