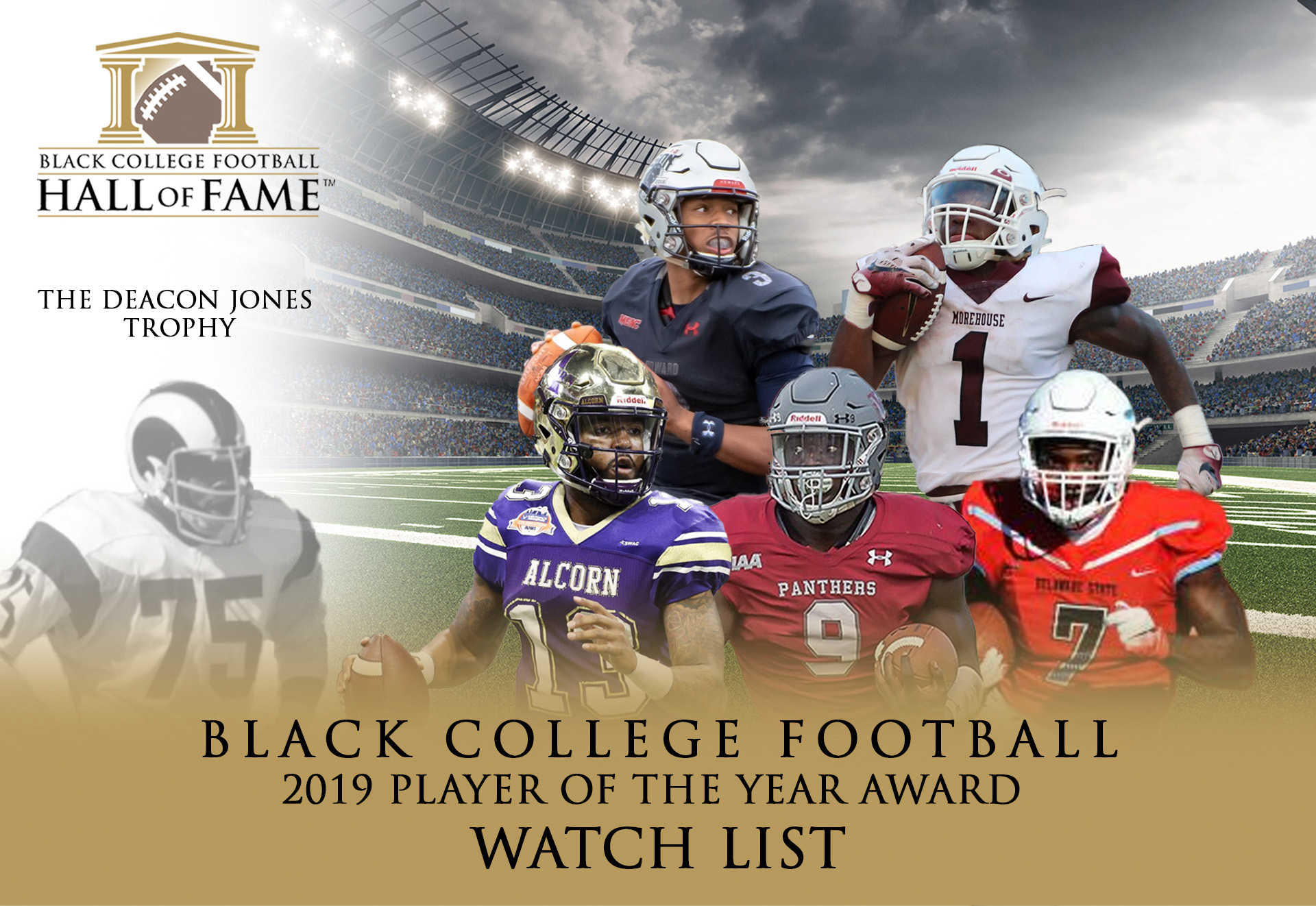 Atlanta, GA (August 14, 2019) – The Black College Football Hall of Fame (BCFHOF) announced today the 2019 Watch List for the Black College Football Player of the Year Award. The Award is presented annually to the most outstanding football player from a Historically Black College & University. Former North Carolina A&T, and current Chicago Bears running back Tarik Cohen was selected as the inaugural recipient of the Award in 2016; Bowie State quarterback Amir Hall was the 2017 and 2018 recipient.

“There are many gifted football players competing at Historically Black Colleges and Universities right now,” said Super Bowl XXII MVP and BCFHOF co-founder Doug Williams. “This Award is a way for the Black College Football Hall of Fame to recognize these talented student-athletes.”

“The Deacon Jones Trophy is the most coveted individual award a football player from an HBCU can receive,” said BCFHOF co-founder and 2012 inductee James Harris. “I enjoy monitoring the progress of these young men throughout the season.”

The Watch List candidates have been selected based on past performance and future potential. Additions to the list may be made as the 2019 season progresses. The finalists and the winner will be chosen by a Selection Committee.

The Black College Football Hall of Fame was established in October of 2009 by African-American pioneers and quarterbacks, Pro Bowl MVP James "Shack" Harris and Super Bowl MVP Doug Williams, to preserve the history and honor the greatest football players, coaches and contributors from Historically Black Colleges and Universities (HBCUs). There have been 77 Inductees since inception, including Mel Blount, James Harris, Willie Lanier, Art Shell and Doug Williams, who serve as Trustees.