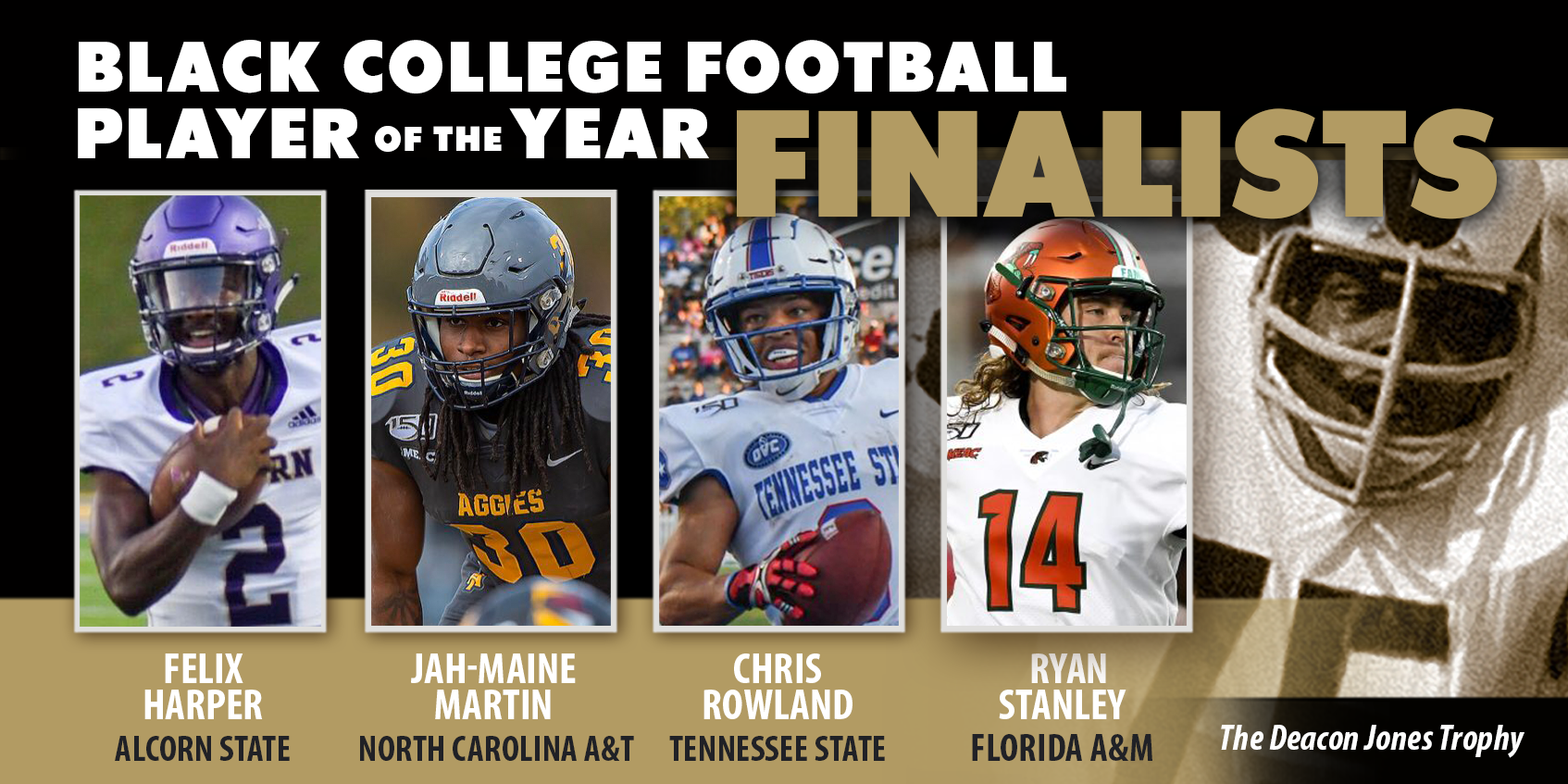 Atlanta, GA (December 6, 2019) – The Black College Football Hall of Fame (BCFHOF) announced today four Finalists for the Black College Football Player of the Year Award. The Award is presented annually to the most outstanding football player from a Historically Black College & University (HBCU) that embodies the rich tradition of athletic excellence and integrity associated with HBCUs. Former North Carolina A&T State University, and current Chicago Bears Running Back Tarik Cohen was the inaugural recipient of the Award in 2016, and former Bowie State quarterback Amir Hall was selected as the recipient in 2017 and 2018.

“The Black College Football Player of the Year Award showcases the immense talent of our HBCU student-athletes today,” said Doug Williams, BCFHOF Co-Founder and 2011 Inductee. “Each finalist has had an incredible season and we are excited to celebrate their success.”

The winner of the 2019 Black College Football Player of the Year Award will be announced on February 22, 2020 at the 11th Annual Black College Football Hall of Fame Induction Ceremony, Presented by the Atlanta Falcons in Atlanta, Georgia. He will be presented with the Deacon Jones Trophy, named in honor of the football legend and inaugural BCFHOF inductee.

The Finalists will also be recognized at the Celebration Bowl in Atlanta on December 21st, along with the BCFHOF Class of 2020, which will be televised on ABC. 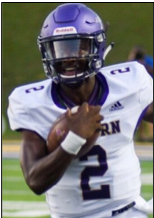 Quarterback … Alcorn State University … Junior … 2019 Southwestern Athletic Conference (SWAC) Offensive Player of the Year … 1st Team All-SWAC … Led SWAC in passing efficiency (167.9), and was second in yards (2,387) and touchdowns (29) despite starting the season as the backup QB … Rushed for 154 yards and an additional four touchdowns on the season, while only throwing five interceptions … Named SWAC Offensive Player of the Week three times in 2019 … Threw six touchdowns in 45-19 victory over Mississippi Valley State … Led Alcorn State to the SWAC Championship. 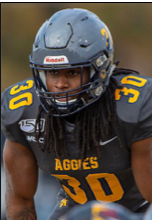 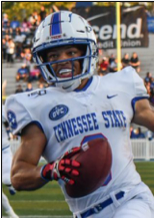 Wide Receiver and Return Specialist … Tennessee State University … Senior … 2019 Ohio Valley Conference (OVC) Offensive Player of the Year … 1st Team All-OVC as a wide receiver and return specialist … Led OVC in receptions (104), receiving yards (1,437) and all-purpose yards (2,110) … The 104 receptions in a season set a new HBCU record … Only Division I player (FBS or FCS) to score a touchdown via kick return, punt return, reception and rushing … Had six games with 200-plus all-purpose yards during the season … Selected to participate in the NFLPA Collegiate Bowl. 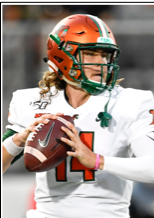 Quarterback … Florida A&M University … Senior … 1st Team All-MEAC … Candidate for MEAC Offensive Player of the Year … Led MEAC in passing efficiency (146.6), yards (2,566), touchdowns (23) and total offense per game (261.9) … Led the Rattlers to the best record in the MEAC (7-1) … Became Florida A&M’s all-time leader in passing yards, touchdowns and completions this season … Finalist for the Walter Payton Award as the Most Outstanding Offensive Player in FCS Football.

The Black College Football Hall of Fame was established in October of 2009 by African-American pioneers and quarterbacks, Pro Bowl MVP James “Shack” Harris and Super Bowl MVP Doug Williams to preserve the history and honor the greatest football players, coaches and contributors from Historically Black Colleges and Universities (HBCUs). There have been 84 Inductees since inception, including Mel Blount, James Harris, Willie Lanier, Art Shell and Doug Williams, who serve as Trustees.