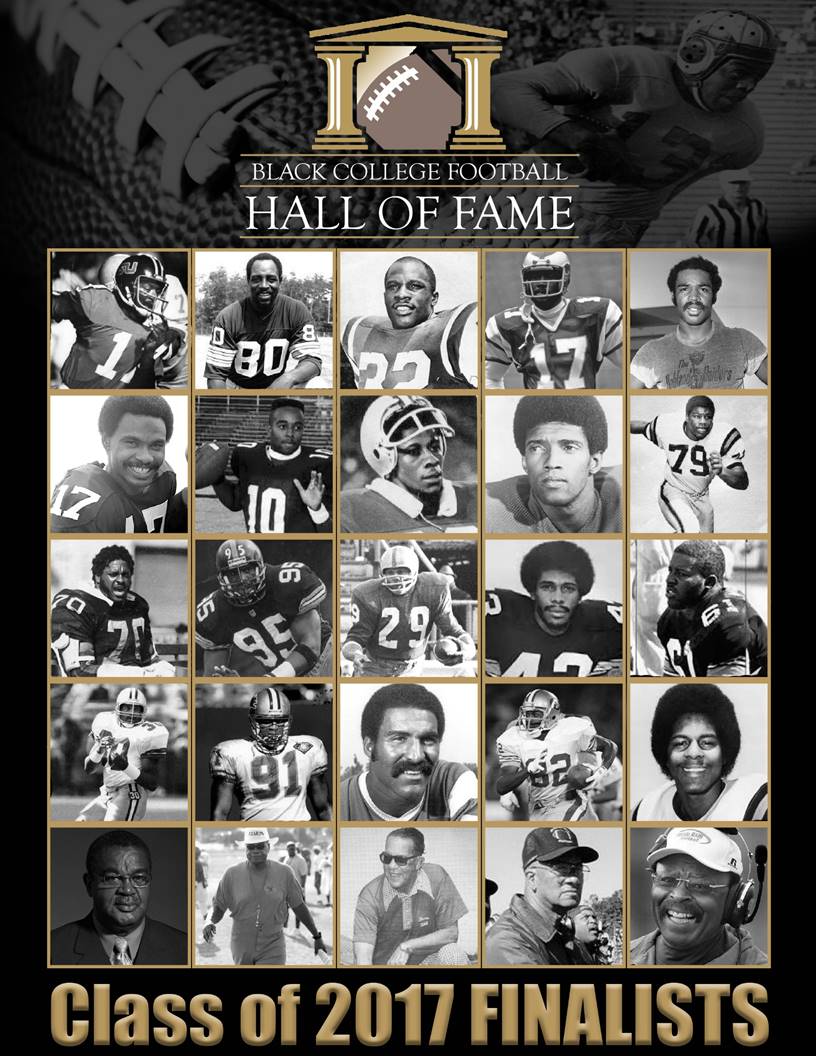 The Finalists were selected from a field of over 175 nominees by a 13-member Selection Committee composed of prominent journalists, commentators, historians, former NFL General Managers and football executives.

“The number of players that Historically Black Colleges and Universities sent to the NFL is amazing,” said NFL player personnel expert Gil Brandt, a member of the Selection Committee. “Football history runs deep at these schools, and it’s an important part of history to recognize and preserve.”

The committee will meet again in the coming weeks to select the six members (five players and one coach) who will be inducted as the Black College Football Hall of Fame Class of 2017.

"I would like to thank our Selection Committee for their dedication and commitment,” said Committee Chairman Roscoe Nance. “We research players and coaches for several months, then spend hours together on deliberation.”

This year’s inductees will be announced on October 26, 2016. They will be honored during the Black College Football Hall of Fame Induction Ceremony, on February 25, 2017 in Atlanta, Georgia.