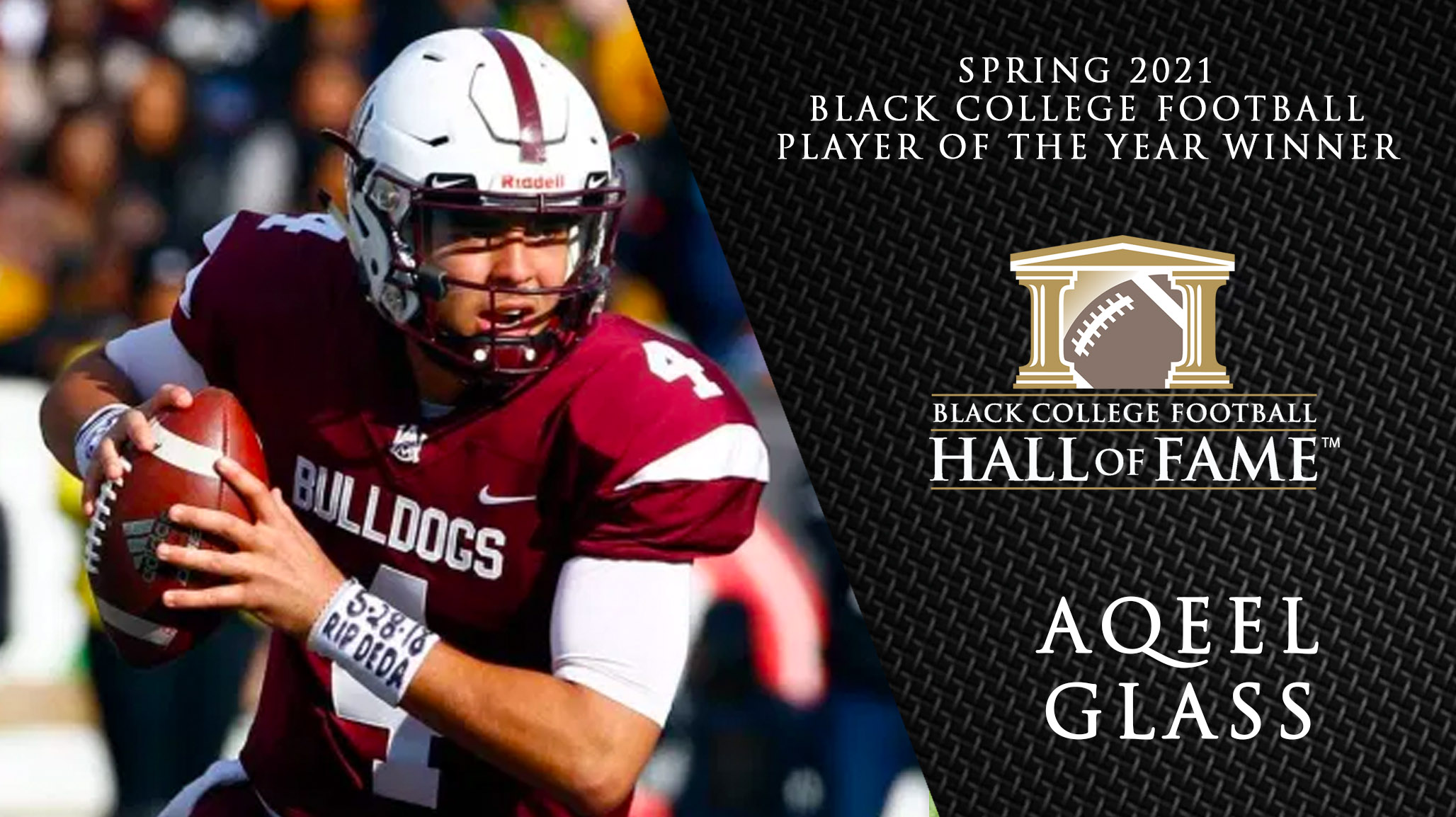 Atlanta, GA (June 19, 2021) – Alabama A&M University​ senior quarterback Aqeel Glass has been selected as the Spring 2021 recipient of the Black College Football Player of the Year Award. He was presented with the Deacon Jones Trophy, named after the legendary HBCU player and inaugural Black College Football Hall of Fame inductee.

During this spring season​, Glass led the Bulldogs to a 5-0 record and their first SWAC Football Championship in 15 years. He completed 91 passes for 1,355 yards and 16 touchdowns. In the SWAC Championship Game, Glass went 24-45 for 271 yards and three touchdowns. He was named the SWAC Player of the Year.

“Aqeel had an amazing season,” said Harris. “He showed his character as a leader navigating his team through an unprecedented season and finishing undefeated.”

The Player of the Year was voted on by a four-member Selection Committee, which is composed of Black College Football Hall of Fame Co-Founders James “Shack” Harris and Doug Williams, Power News Radio Network's Ty Miller, and College Football on ESPN​ Analyst Jay Walker.