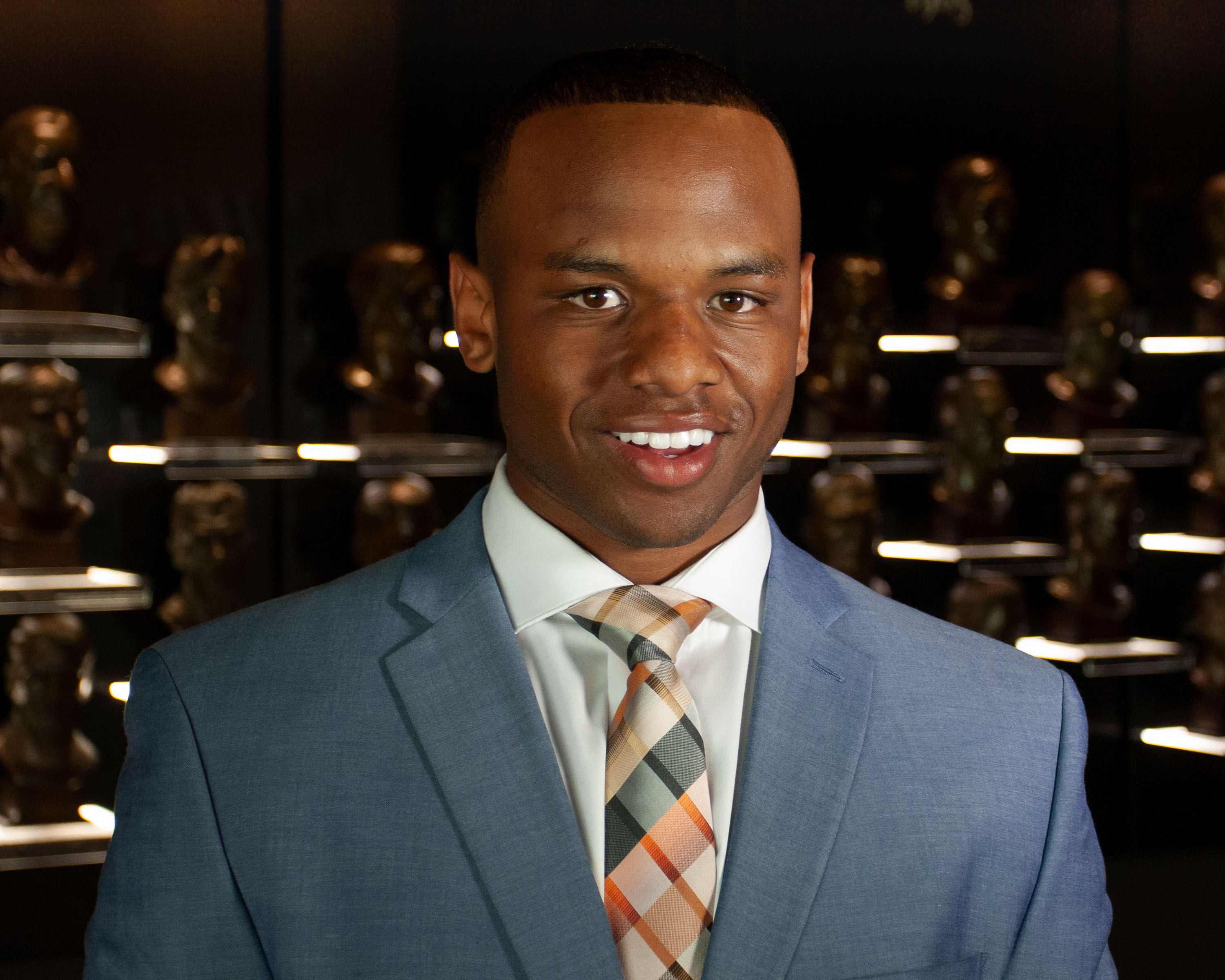 “It is a tremendous honor to have the fellowship named after Doug Williams and myself,” Harris said. “It rewards students who have achieved and provides them an opportunity to work with the talented team at one of the best sport organizations in the country.”

“We are excited to see Akil take the lessons he learned from competing in football and apply them to becoming a leader of tomorrow,” Hall of Fame President & CEO David Baker commented. “His academic accomplishments earned him this great opportunity and we look forward to helping him grow professionally and personally.”

Blount, a dean’s list student, earned a bachelor’s degree in business administration from Florida A&M in 2015 and graduated last month with a Master of Business Administration from the university. A celebrated student-athlete, he played linebacker for the Rattlers and amassed 207 tackles, including 22.5 for a loss, during his college football career. Blount served as team captain for two seasons and was twice named all-conference in the Mid-Eastern Athletic Conference (MEAC). He also served as the President of the Student Athletic Advisory Committee that represented all athletes at Florida A&M. Blount went to training camp with the Miami Dolphins in 2016 after he had been signed as a free agent.

“He is such a great first recipient,” Williams stated. “He has done everything that we were looking for in a Fellowship. We are truly blessed for Akil to be our first of many more to come.”

Akil Blount is the son of Pro Football Hall of Fame cornerback MEL BLOUNT, who is also a product of a HBCU (Southern University).

Harris added, “This is an opportunity to allow the Fellow to make a difference and who else better than the son of Hall of Famer Mel Blount to serve as the first recipient. Akil Blount has proven his ability by earning his master’s at Florida A&M. I am thrilled that we are able to provide this leadership experience to such a wonderful young man.”

ABOUT THE PRO FOOTBALL HALL OF FAME

Located in Canton, Ohio, the birthplace of the National Football League, the Pro Football Hall of Fame is a 501(c)(3) not-for-profit institution with the Mission to Honor the Heroes of the Game, Preserve its History, Promote its Values, & Celebrate Excellence EVERYWHERE.

The Pro Football Hall of Fame is accredited by the American Alliance of Museums. AAM accreditation is national recognition for the museum’s commitment to excellence and the highest professional standards of museum operation and public service.

Hundreds of thousands of fans from across the globe travel to Canton annually to experience “The Most Inspiring Place on Earth!” that chronicles America’s most popular sport. Fans can also enjoy the Hall of Fame Store at the Hall, and online at www.profootballhof.com/store, for merchandise from all 32 NFL clubs plus the Hall of Fame. Proceeds from the Store support the Hall’s Mission.

Construction on Johnson Controls Hall of Fame Village, a mixed-use development project, is under way in Canton to transform the Hall of Fame’s campus.